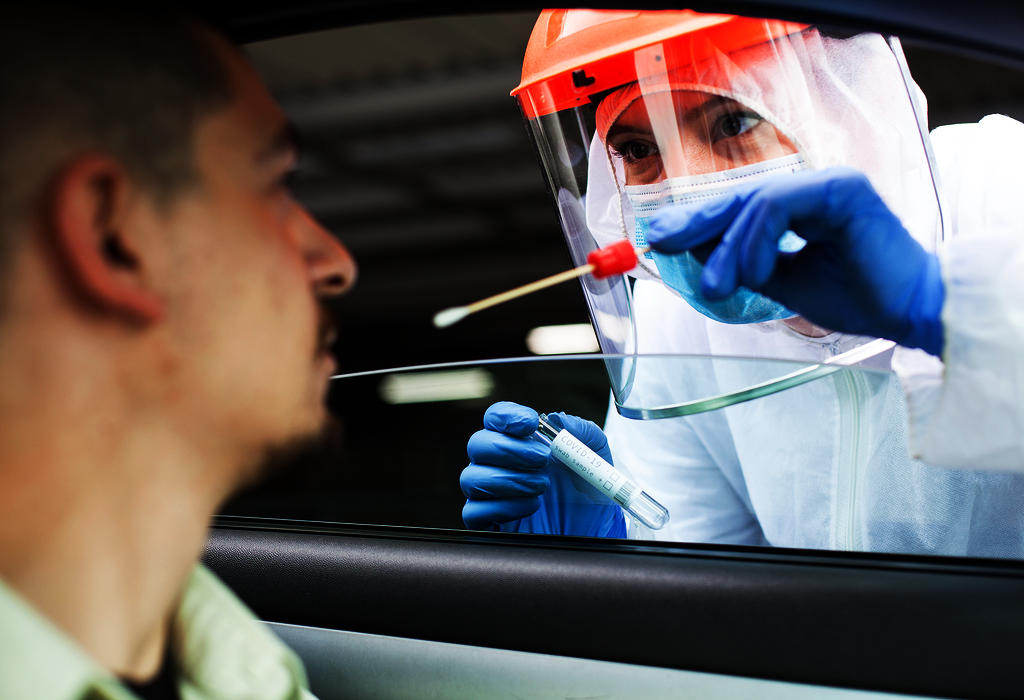 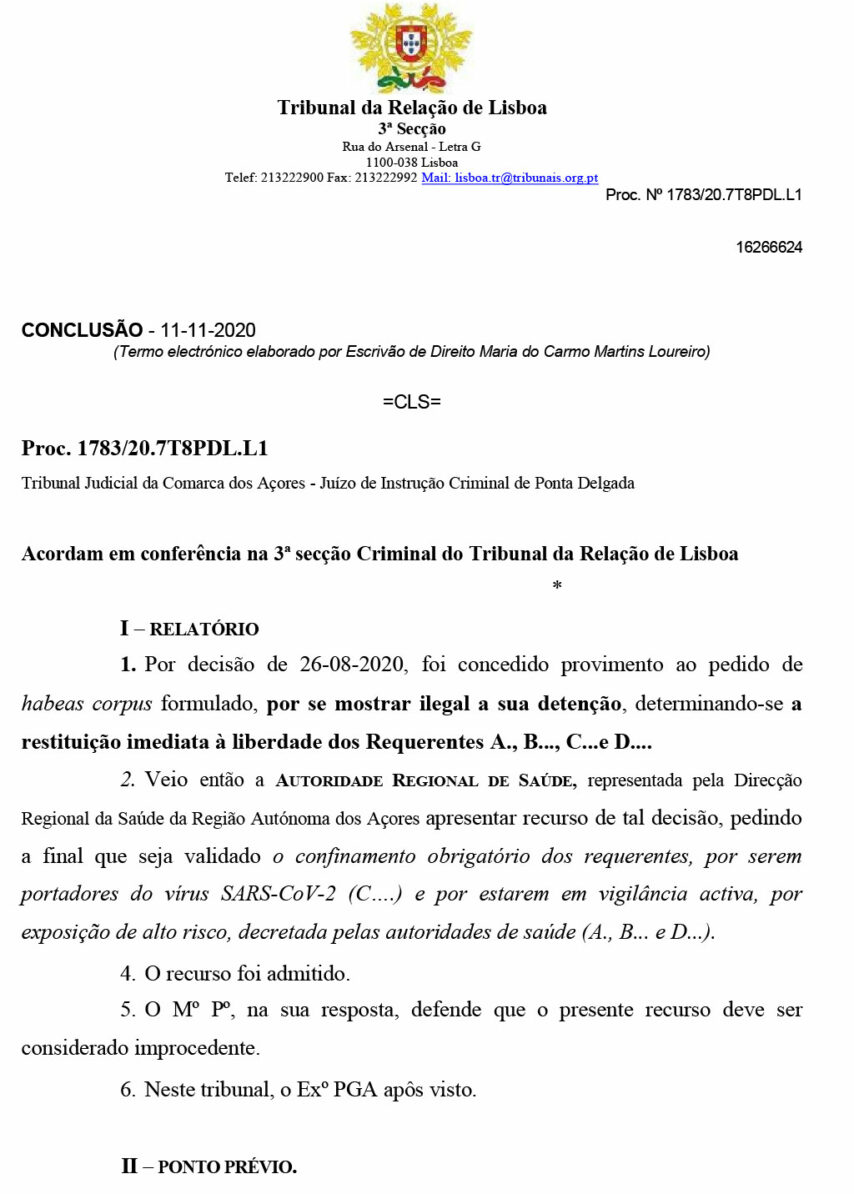 The vital RdRP nucleotide sequence, used as a forward primer is – ATGAGCTTAGTCCTGTTG.”

Gost
Tututu
Reply to  A neg.

Gost
A neg.
Reply to  Tututu

In the 60s, the KGB did some fascinating psychological experiments. They learned that if you bombard the human subjects with fear messages nonstop, in two months or less most of the subjects are completely brainwashed to believe a false message(i.e. a lie). To the point that no amount of clear, correct, accurate information (i.e. the truth) they are shown, to the contrary, can change their mind.

3. BÉCHAMP or PASTEUR? A Lost Chapter in the History of Biology by Ethel Douglas Hume(FREE PDF):
https://www.mnwelldir.org/docs/history/biographies/Bechamp-or-Pasteur.pdf

Hermann Goering, was asked by one of the prosecutors, how did you get the German people? The German people are the most educated people in the world, they were some of the most tolerant people in the world. The Weimar Republic was one of the strongest democracies in the world. How did you get them?
These people were so well educated and so awakened and so tolerant and turned them into obedient slaves who had committed some of the worst atrocities in human history?
and Goering said, ”oh, that’s a simple thing.”
And any of you can look up his quote and I urge you to do so.
And he said, “And it works not just in the fascist government, but it works in a democracy, in a monarchy and in a communist government, and any government that you want, the job of the government is to put the people in fear.
And and if you can keep them in fear, you can get them to do ANYTHING that you want them to do, that they will turn into sheep.

The non-existent morona lierus is so smart that he avoided: Belarus, Sweden, Kiribati, Marshall Islands, Micronesia, Nauru, North Korea, Palau, Samoa, Solomon Islands, Tonga, Turkmenistan, Tuvalu, Vanuat… although the presidents of these countries were offered huge amounts of money by the U.N./W.H.O. to jump in on the hoax/fraud and crack down on their population with restrictions/lockdowns/masks etc.

People are so bored with their overly catered to, simplistic, boring, meaningless lives. With no hobbies/interests besides watching and agreeing with professional/expert con artists/liars/eugenicists. They’re looking for stuff to be worried about/virtue signal and make a fuss over.

I’m wondering, what gives these professional, expert liars/con-artist employees, acting authoritatively in the idiotbox, I mean telievision, employed and owned by a few billionaires, ANY credibility? WHY would anybody believe ANYTHING from these degenerates, scum of the earth?

“‘Coincidence’ is just a word for when we can not see the bigger plan.” – Sonny Kapoor

“In politics, nothing happens by accident. If it happens, you can bet it was planned that way.” – Franklin D. Roosevelt

‘Those who would give up essential Liberty, to purchase a little temporary ‘Safety’, deserve neither Liberty nor Safety.’ – Benjamin Franklin

Imagine a lierus, I mean a ‘virus’ so deadly, you need a test to see if you have it. Imagine a vaccine so safe and effective you have to threaten and force people to take it. Imagine a product so safe that the manufacturers have to be exempt from prosecution for all the harm their product will cause? Would you like your vaccine now?
Treating people who are NOT SICK by forcing them to ACT SICK (e.g. wearing masks, (anti)social-distancing and staying home) is a MENTAL ILLNESS known as Munchausen Syndrome by Proxy. This syndrome is a condition where a caregiver (these are the con-artists/professional liars in the idiot box/T.V.) fabricates, exaggerates or induces mental or physical health problems in those who are in their ‘’care’’, with the primary motive of gaining attention or sympathy from others. ‘’Caregivers’’ have been given prison sentences for misterating children and adults in this manner.

The nazis had a phrase which covered ALL abuses by the ‘’State’’(aka the satan worshipping pedo-cannibals, aka the scum of the earth, aka the degenerates/criminals): ‘’Fur Ihre Sicherbeit’’, which means: It’s for your safety’’.

A female reporter asked an amish girl how did the amish not get the CONvid19(84) LIErus/CONrus ? The girl replied: ‘we don’t have idiotbox, aka television’.

‘’Scientific societies are as yet in their infancy… It is to be expected that advances in physiology and psychology will give governments much more control over individual mentality than they now have even in totalitarian countries.
Fitche laid it down that education should aim at destroying free will, so that, after pupils have left school, they shall be incapable, throughout the rest of their lives, of thinking or acting otherwise than as their schoolmasters would have wished.
Diet, injections(vaccines) and injunctions will combine, from very early age, to produce the sort of character and the sort of beliefs that the authorities consider desirable, and any serious criticism of the powers that be will become psychologically impossible…’’ – Bertrand Russell, 1953

‘’Never forget that two thirds of people would shock you to death just because someone in ‘’charge’’ told them it was for a ‘’good reason’’. The disappearence of a sense of responsibility is the most far reaching consequence of submission to authority.’’ – Stanley Milgram, the Millgram Experiment

“And how we burned in the camps later, thinking: What would things have been like if every Security operative, when he went out at night to make an arrest, had been uncertain whether he would return alive and had to say good-bye to his family?
Or if, during periods of mass arrests, as for example in Leningrad, when they arrested a quarter of the entire city, people had not simply sat there in their lairs, paling with terror at every bang of the downstairs door and at every step on the staircase, but had understood they had nothing left to lose and had boldly set up in the downstairs hall an ambush of half a dozen people with axes, hammers, pokers, or whatever else awas at hand?…
The Organs would very quickly have suffered a shortage of officers and transport and, notwithstanding all of Stalin’s thirst, the cursed machine would have ground to a halt! If…if…We didn’t love freedom enough. And even more – we had no awareness of the real situation…. We purely and simply deserved everything that happened afterward.” ― Aleksandr I. Solzhenitsyn , The Gulag Archipelago 1918–1956

Any student of history will know that Hitler and his Nazi party used grievance and fear to gain control of Germany. And we know how that worked out.

Josef Mengele was also a ‘doctor’ surrounded by ”famous’, ”accredited” ”scientists”/ ”academicians” who ”scientifically’ came to the conclusion and proved that the millions of people they murdered(jews, gypsies, coincidence/conspiracy theorists, political opposition), were ”NOT essential”.

Hitler started his cool and trendy regime with: ‘’science’’, ‘’scientists’’, ‘’doctors’’, ‘’experts’’. In 1933 Hitler appointed Hermann Goring Minister of the Interior. His first orders were to defund and eliminate police departments so that they would not interfere with his Brown Shirts whose mission it was to riot, burn, beat up and kill citizens in an effort to sway the elections.