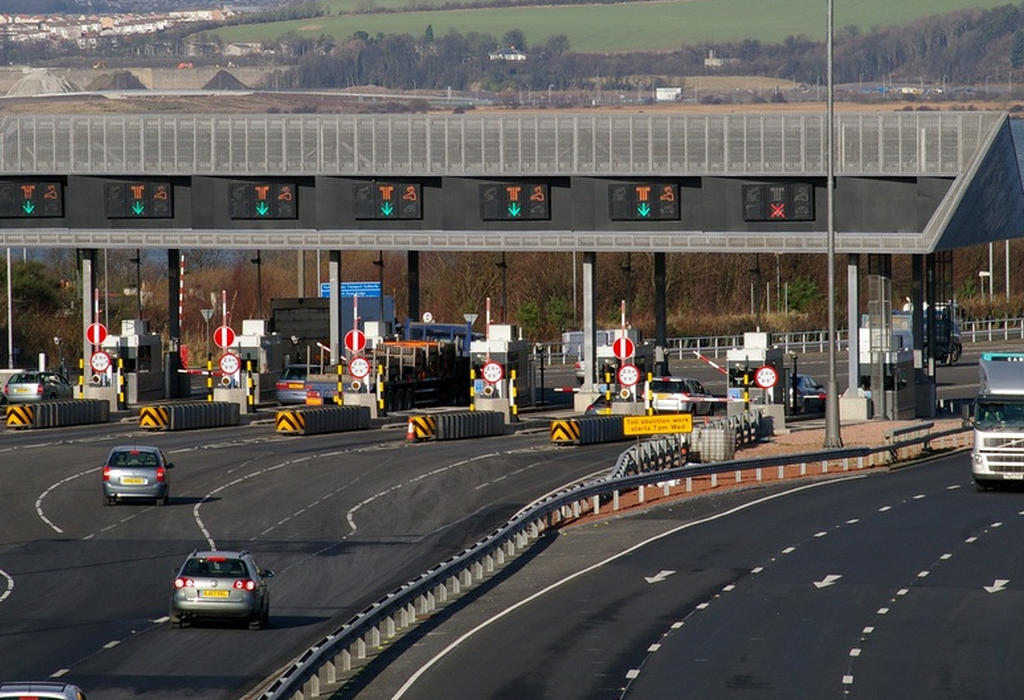 On 16 January 2018, a Bulgarian investigative journalist Dilyana Gaytandzhieva wrote a detailed article about the US bio-weapons research that spans across the world in 25 different countries. Gaytandzhieva wrote in her article that the US Army regularly produces deadly viruses, bacteria and toxins in direct violation of the UN Convention on the prohibition of biological weapons, and that hundreds of thousands of unwitting people are systematically exposed to dangerous pathogens and other incurable diseases. She added that bio-warfare scientists are using diplomatic cover test man-made viruses at Pentagon bio-laboratories in 25 countries across the world. These bio-laboratories are funded by the Defense Threat Reduction Agency (DTRA) under a $2.1 billion military program called Cooperative Biological Engagement Program (CBEP), and are located in countries such as Ukraine, Kazakhstan, Uzbekistan, Georgia, Azerbaijan, Jordan, Iraq, Afghanistan, Pakistan, Laos, Cambodia, the Philippines, etc. Luckily, the Balkans seems to be clear.

Gaytandzhieva recently traveled to Brussels and attended the European Parliament in order to confront Robert Kadlec, Assistant Secretary at the US Department of Health, regarding the number of classified bio-weapons research labs scattered through Eastern Europe and Central Asia. Kadlec categorically denied the existence of an American bio-weapon program as well as that information surrounding the labs in question were classified. Gaytandzhieva attempted to continue her follow up but was silenced by Hilde Vautmans, the EU official sitting next to Kadlec, who stated “This is not an investigation” to applause from the audience and an embrace between herself and Kadlec. Gaytandzhieva didn’t stop there, however, following Kadlec to the elevator and continuing to ask him questions regarding the bio-weapons program which Kadlec refused to answer. Security staff then refused to let Gaytandzhieva on the elevator.

Here’s the full transcript of the exchange between Gaytandzhieva and Kadlec:

Gaytandzhieva: Why has the Pentagon been operating military bio-laboratories in 25 countries, bordering on the US rivals Russia, China and Iran, and why has the number of deadly outbreaks, in all those countries, increased dramatically since the start of the military program of the United States in these countries?
Kadlec: I will say unequivocally and undeniably, the US does not have a military biological weapons program. Period. End of statement. Number two [interrupts Gaytandzhieva], we have been working, and I do know from the Department of Defense, they have been working with partners in parts the World, to ensure that those laboratories, and we trained them to do the diagnostic tests on these diseases, to ensure that they can manage them and also safely secure those facilities, so they’re not accessible by terrorists, or by criminals, who would do ill with them.
Gaytandzhieva: Why are all these projects classified information? All these bio-laboratories of the Pentagon in 25 countries across the world? Why are they classified information?
Kadlec: They’re not classified, they’re openly avaliable to anyone who wants to look at them.
Gaytandzhieva: No, I tried it. No, this is not true. They are classified information.
Vautmans: Ok, ok, I think I will not give you more time. We will try to answer your questions, but that’s not the place here. Case closed, thank you very much [kisses with Kadlec].

Gaytandzhieva then followed Kadlec to the elevator and continued to ask him questions regarding the bio-weapons program.

She attempted to enter the elevator, but was forcibly stopped.

Later, Gaytandzhieva posted the video on her social media pages, simply commenting: “How a journalist gets expelled from the European Parliament when asking the Assistant Secretary at the US Department of Health questions about the Pentagon bio-laboratories around Russia, China and Iran.”

Although unable to retrieve any answers from Kadlec, her article is already an impressive collection of information revealing a network of bio-weapons research facilities as well as mysterious outbreaks in their vicinities.

This is not the first time that Gaytandzhieva is exposing the US secret military programs. Last summer, she published a bombshell report which found that an Azerbaijan state airline company was regularly transporting tons of cheap Bulgarian and East European weaponry to Saudi Arabia, United Arab Emirates and Turkey, under diplomatic cover as part of the CIA covert program. These weapons were found inside underground terrorist warehouses belonging to Al Nusra Front, Al Qaeda affiliate in Syria designated as a terrorist organization by the UN. The US modus operandi was the same: using bases in the satellite countries, abuse of diplomatic channels, and dirty politics directed against Russia, Iran and Syria.

Two years ago, I investigated an alleged laboratory accident at the Lugar Center, the Pentagon biolaboratory in Georgia’s capital Tbilisi, which had resulted in the death of two Filipinos working in the laboratory. The death cases were hidden by the local authorities but I recorded on camera witnesses who testified about this tragic incident.

The Lugar Center, the Pentagon-funded biolaboratory in Georgia’s capital Tbilisi (photo: Dilyana Gaytandzhieva)
However, what then seemed to me to be a local issue, turned out to be part of a bigger story. The Lugar Center in Georgia is just one of the many Pentagon biolaboratories in 25 countries across the world. They are funded by the Defense Threat Reduction Agency (DTRA) under a $ 2.1 billion military program – Cooperative Biological Engagement Program (CBEP), and are located in former Soviet Union countries such as Georgia and Ukraine, the Middle East, South East Asia and Africa. Much of their work is classified and includes projects on bio-agents and pathogens with pandemic potential.

The first known case of use of biological weapons in our history was 250 years ago when the British gave blankets infected with smallpox to the indigenous people of North America. As a result, a great many of them died and the British Empire gained control over the whole continent. 250 years on, history repeats itself. Biological weapons are definitely much more effective than nuclear weapons. The use of nuclear weapons leaves traces: an airplane taking off from an aerodrome and launching a rocket, a large number of participants in preparation of an attack. Therefore, the perpetrators can be easily detected and held to account. Conversely, viruses can be used as weapons, though, they do not leave such immediate or discernible traces and it takes only a few crazy people who have decided to kill millions.

According to some scientific estimates, biological weapons can potentially destroy up to two thirds of the global population in just a year. Our world is one big metropolis and even one virus engineered in a laboratory would be able to fulfil this goal in a short period of time, at a minimal cost and without leaving traces to the perpetrator.

Below, I am presenting information about what I have discovered while investigating Pentagon biolaboratories abroad.

The Lugar Center, a $161 million Pentagon-funded biolaboratory in Georgia’s capital Tbilisi, discovered coronaviruses in bats with presumably pandemic potential as early as 2014, documents have revealed.

Furthermore, in 2017 the Pentagon launched a $6.5 million program in cooperation with the Lugar Center involving genetic studies on coronaviruses in 5,000 bats collected in Georgia, Armenia, Azerbaijan, Turkey and Jordan.

Coincidentally, the same Pentagon contractor tasked with the US DoD bat-research program – Eco Health Alliance, USA, also collected bats and isolated coronaviruses along with Chinese scientists at the Wuhan Institute of Virology. Eco Health Alliance received a $3.7 million grant from the US National Institutes of Health (NIH) to collect and study coronaviruses in bats in China from 2014 to 2019.

The Lugar Center sparked controversy about possible dual-use research in 2018 when leaked documents revealed that US diplomats in Georgia were involved in trafficking of frozen human blood and pathogens for a secret military program.

In 2012 the US Center for Disease Control (CDC) collected and sampled 236 bats for research in Georgia in cooperation with the Lugar Center. The project was funded by the US DoD Defense Threat Reduction Agency (DTRA). Part of the samples were shipped to CDC (Atlanta), for screening for multiple pathogens, another part was stored at the Lugar Center for further studies.

In 2014 the US Center for Disease Control (CDC) launched a second project “Emerging zoonotic pathogens in Georgian bats” along with Georgian scientists at the Lugar Center. The project was funded by the International Science and Technology Center (ISTC).

Project G-2101
1 of 9
The ISTC project’s objective is the discovery of novel pathogens including coronaviruses in Georgian bats.

ISTC, the organisation that funded the bat project in Georgia in 2014, was established in 1992 as a non-proliferation international program, providing former biological and chemical weapons scientists with new opportunities for sustainable, peaceful employment. Seven of the Georgian scientists involved in the ISTC bat research project in Georgia turn out to be former bioweapon scientists who had previously worked on the development of bioweapons, according to the ISTC project documents. Among them is Paata Imnadze, the deputy-director of the Georgian National Center for Disease Control (NCDC) where the Lugar Center is located.