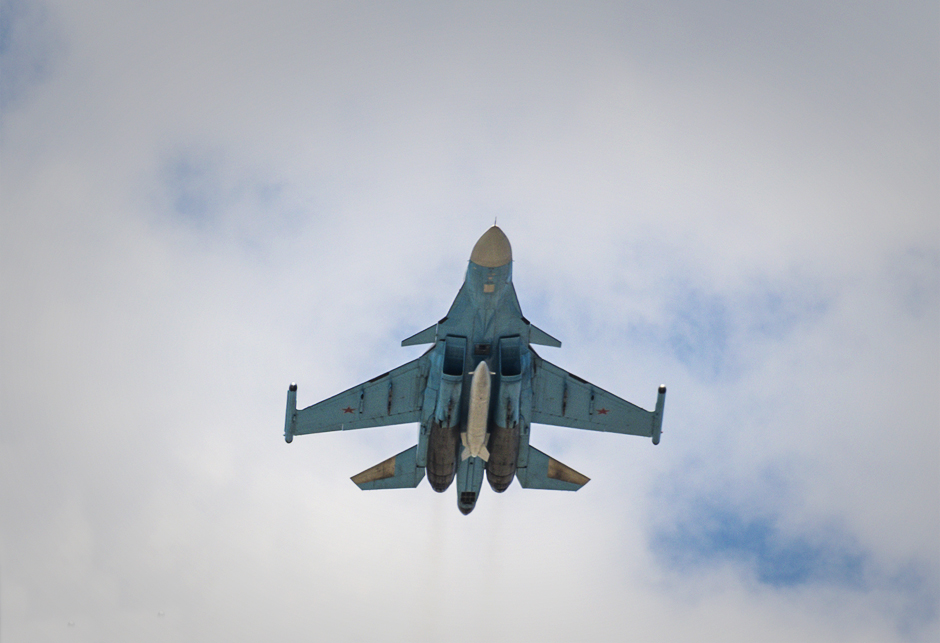 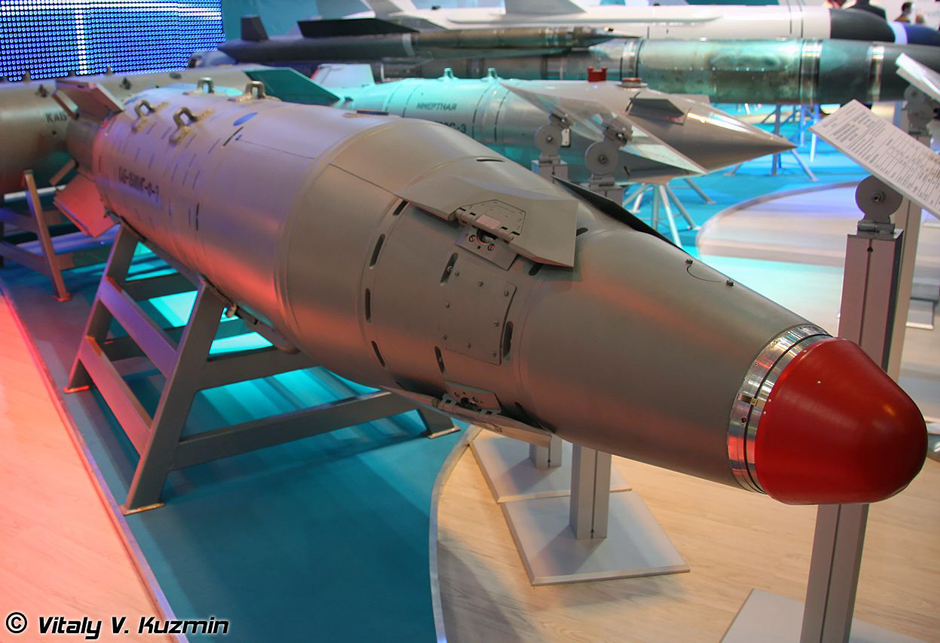 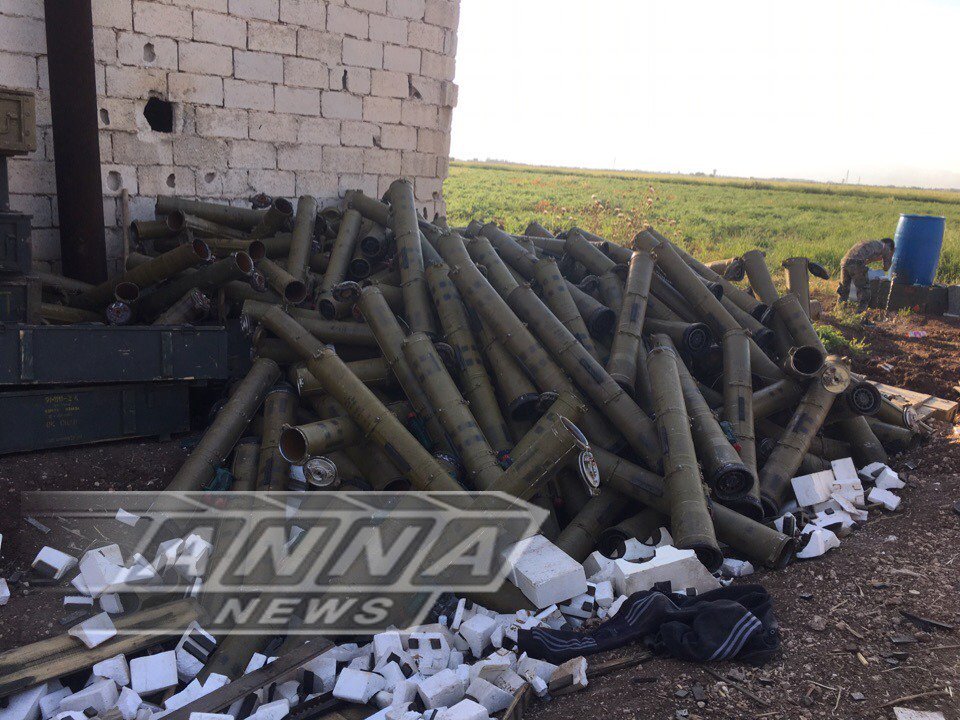 Tactics of the Syrian army during the operation in Hama

Objectively, the beginning of the war found the Syrian army far from in the best shape. The troops had significant problems with control and interaction between the units. The army often could not effectively counteract. Units are often thrown into hasty and poorly prepared attacks, which led to large losses in personnel and equipment. The interaction between the kinds of troops frankly limp. Video recordings with the destruction of Syrian tanks from the ATGM became one of the symbols of this war. In many ways, the unsuccessful CAA operations at this stage of the hostilities resembled the actions of the Russian army at the beginning of the First Chechen War.

However, after the start of the Russian operation in Syria, the situation began to change. Our military advisers slowly but surely increased the level of combat effectiveness of the CAA. Gradually, control and interaction between the branches of the military was established. Syrian officers were trained in new tactical techniques based on the experience of the Russian army. As a result, starting in the fall of 2015, each new CAA combat operation turned out to be more successful than the previous one.

In 2015, the Syrian army launched an operation in the northeast province of Hama, but, having lost a large number of armored vehicles, was forced to curtail the offensive. The shelling and attacks on SAA positions carried out by militants based in Idlib could not go unpunished. In addition, the strikes of artillery and the drones of terrorists on the Russian Khmeimim airbase threatened the lives of our servicemen. At the end of April 2019, the Syrian army began preparations for an offensive in the northern province of Hama. Its goal was to clean up the terrorists from the Al-Gab valley, from where they carried out attacks on the Khmeimim airbase.

On May 6, the CAA launched an offensive operation. The beginning of the attack was preceded by prolonged artillery and air strikes. The militants, pulling together the best forces of both the Russian terrorist organization Hayat Tahrir Ash Sham and the groups of the so-called moderate opposition, banned in Russia, promised to arrange a repetition of the events unfolding in these areas in 2015. However, now they were confronted by an army of a completely different level. The CAA, reorganized under the leadership of our military advisers and tempered by the battles for Aleppo, the deblokade of Deir Ez-Zor and the liberation of Eastern Guta, was at a qualitatively different level compared to 2015.

On May 6, the Syrian army launched an offensive. On its edge is perhaps the best division of the CAA “Forces of the Tiger.” In the first hours of the operation, the height of Tel Otma dominating the terrain was occupied, followed by the villages of Kabana, Shvash and Bana. Militants tried to counteract the attack of the CAA, but their resistance was unsuccessful. The Syrian army used tactics fundamentally different from 2015. Attacks of the masses of armored vehicles without infantry were no more. The positions of the militants were thoroughly explored, including with the use of unmanned aerial vehicles, after which they were processed by artillery and aircraft. Then the assault groups, which occupied the settlements and carried out their stripping, went on the attack. And only after that armored vehicles entered the populated areas, before that they supported the actions of the assault groups with direct fire. Artillery, bombarding the area where the militants could have accumulated for a counterstrike, exposed a fringing, interfering with the actions of the enemy. The air forces of SAR and VKS of Russia, working on militants’ communications, did not allow them to tighten up reserves for a counterattack. After the units of the CAA occupied the settlement, the Syrian military immediately began to gain a foothold in the captured positions. Artillery targeted potential militant counter-attack routes, once again exposing the firing line. If an unsuccessful CAA attack can be compared with the initial stage of the First Chechen War, now the Syrian army has acted in the spirit of the Armed Forces of the Russian Federation in the Second Chechen War. did not allow them to tighten the reserves for the counterattack
The militants attempted a counterstrike, but the fire edging of the Syrian artillery created a peculiar curtain, against which counter-attacks of terrorists were broken. In addition, in the period preceding the start of the operation, the Tiger Forces received a sufficient number of night-vision devices, which significantly affected the course of the hostilities. Counterstrike militants have not achieved success.

May 7th day passed in positional collisions. The militants, in their favorite manner, began to fire at the positions of the Syrian army from the ATGM, in response, the CAA artillery worked on their clusters. Despite the lack of rapid progress, the course of events was clearly not in favor of the terrorists. Under the guidance of military advisers from Russia, the artillery and aviation of the CAA and the All-Union Federation of the Russian Federation slowly but surely ground the defense of the militants. “Hundreds of injured civilians from artillery and aviation strikes” exist only in reports of media resources loyal to the militants, in fact, in the rear of the militants numerous wounded terrorists accumulate, which clearly do not contribute to the sustainability of their defense. In addition, the constant fire pressure adversely affected the morale of the defenders.

On the morning of May 8, the Tiger Forces launched an offensive and immediately took the town of Kafr Nabuda. The militants launched a number of counterattacks, but did not achieve success. A suicide bomber used by terrorists was destroyed from an anti-tank system on the way to the target. Militants also used this type of weapon, destroying one T-72 CAA tank. However, the battle for Kafr Nabudu was the first major success of the Syrian army during an offensive operation.

On May 9, the SAA forces continued the offensive. On this day, they occupied the city of Qal’at al-Mudik. As a result of negotiations with the elders, local residents forced the militants to leave the village and he was taken by the CAA without a fight. Artillery and aviation continued to work on the positions and communications of terrorists. Militants have increased the intensity of attacks from anti-tank systems, destroying the T-62 tank and truck KAMAZ CAA. However, these losses could not significantly affect the course of the operation. Moreover, the artillery of the Syrian army processed the positions from which it was launched. Finding calculations of anti-tank systems under fire pressure significantly reduced the effectiveness of their actions.

In the morning, the CAA and the militants carried out intensive artillery duels. The military personnel was actively involved in the fighting. Thus, in the area of ​​the fighting, fighters of our special forces were noticed, who, using radar for counter battery and mortar, detected and suppressed the firing positions of the militants.

In the afternoon, the militants Hayat Tahrir Ash Sham, using groups of , the Inhimas launched another counterattack on Kafr Nabubu. However, although they were able to reach the building, the attack was repelled by the CAA firing edge. Artillery and aviation simply did not let the militants pull up large forces to the city. Having suffered casualties, the terrorists retreated. Along with the Air Force and artillery, in repelling the attack, the Tiger Forces unit played a significant role, which caused significant damage to the attacking militants with ATGM fire.

Unsuccessful counterattack significantly worsened the position of militants. Tangible losses in their best formations had a detrimental effect on the morale of the terrorists. On May 11, the “Tiger Forces”, marching in the vanguard of the offensive, quickly captured the village of Al-Sharia, entering the operational space in the valley of Al-Gab. The fighters, gradually losing the territory under their control, tried to “break away” from civilians, conducting intensive shelling from the RSZA of the city of Sakhalyabiya populated by Christians. Reinforcements from both Idlib and the Turkish-controlled canton of Afrin began to move toward the terrorists.

On May 13, bringing up the reserves, the militants Hayat Tahrir Ash Sham and the so-called moderate opposition launched a massive counterattack near the village of Hamamiyat. Their goal was to strike the flank of the CAA. The attack was supported by a large armored group by the standards of the conflict, consisting of at least four tanks and three infantry fighting vehicles.

However, the intentions of the militants were promptly revealed. An intensive blow was struck by the artillery and aircraft on the retractable technique. Reached the village Jabiya T-72 militants was destroyed on the streets of the village. The attack of the terrorists completely failed.

…nastavak
May 14 were published impressive photos of the defeat of the attacking group of terrorists. In total, according to the most modest estimates, 2 tanks, 2 infantry fighting vehicles and at least 3 militant vehicles were destroyed. Dozens of terrorists died. Artillery and aviation literally dared the attackers. After repelling the counterattack, the militants, at least temporarily, stopped any attempts to seize the initiative from the CAA.

Al-Gab cleaning operation is ongoing. The CAA units inflict artillery and air strikes on the heights dominating the terrain, where the insurgents strengthened. The Russian Aerospace Forces work on logistics and terrorist communications in Idlib. Measures are being taken to master the heights dominating the terrain, including their roundabout maneuvers. The CAA reliably retains the initiative, and its superiority in artillery and armored vehicles, together with the ability to deliver air strikes, makes the question of cleaning the Al-Gab valley a matter of time.

During the operation in the north-east of Hama province, the Syrian army demonstrated a huge qualitative growth in its potential. Proper use of artillery and aircraft simply grinds the enemy defenses. Well-established interaction between the branches of the military allows you to occupy the dominant heights and settlements without incurring heavy losses. Modern means of reconnaissance make it possible to timely detect the movement of militants and hit their personnel and equipment while advancing to the lines of attack. Russian advisers and specialists managed to raise the Syrian army to a qualitatively new level. Separately, it is worthwhile to dwell on the combatants operating in the Russian military zone. Special groups equipped with radar for counter-battery combat detect and destroy the artillery and mortar positions of the militants themselves, with the help of mortars, or cause them to fire artillery and aircraft. Russian special forces fighters from sniper rifles and anti-tank systems destroy the most dangerous firing points of terrorists. The contribution of our special forces, operating in the Al-Gab valley to the loosening of the defense, is huge, although it often does not get into the media reports for reasons of secrecy. We hope that when the right time comes, the details of the work of our advisers and specialists will be known to the general public.

The operation in the north-east of Hama has become an example of progress in the level of combat capability of the Syrian army. The CAA, reorganized by the Russian advisers and quenched in the battles for Aleppo, Homs, Palmyra, Deir-Ez-Zor and East Guta, confidently moved from the defeats of the first stage of the war to a series of victories over the forces of the enemy.